Get excited everyone, the incredible lineup of headliner New Kids On The Block with support from Paula Abdul & Boyz II Men are on an enormous tour!! Hitting 40 major cities in North America, the legendary trio of acts will perform LIVE at Palace of Auburn Hills on the Thursday 29th June 2017! Don’t miss out on this incredible night – tickets are on sale now! 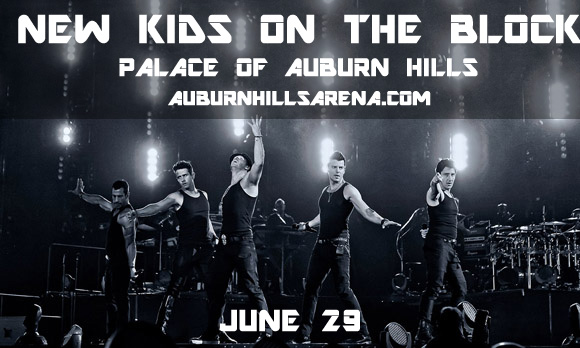 New Kids on the Block had enormous success with their 2013 Package Tour featuring 98 Degrees and Boyz II Men. Now, they're back with an even bigger show – the Total Package tour featuring Boyz II Men and Paula Abdul, on tour for the first time in 25 years!!! The tour truly is the total package of the best acts of their decade; in total, the three acts have sold over 200 million records across the world, while Boyz II Men still hold the record for best-selling R&B group of all time!!

The acts themselves are extremely excited and proud for the show they're about to put on. "Our fans know we love to bring them a party, and this tour is no exception," said Donnie Wahlberg of New Kids On The Block. "It’s not just a show, it’s an experience. Paula Abdul is such a pop icon and Boyz II Men are one of the best R&B acts of all time. It’s going to be a night of hit after hit, and we can’t wait to deliver the ‘Total Package’ to our fans!"'