Get ready for a massive Latin-flavoured night of pop, R&B, and rap!! The Palace of Auburn Hills presents Enrique Iglesias, Pitbull & CNCO on Wednesday 28th June 2017 as part of their massive co-headlining show. Prepare for a phenomenal, unforgettable live show that will blow you away – get your tickets early to be sure of your place!! 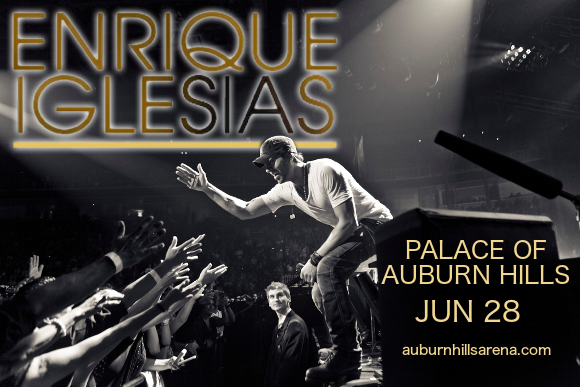 After attending the University of Miami, Enrique Miguel Iglesias Preysler stopped studying to pursue music. His debut self-titled album was released on the Fonovisa Records label in 1995, and was warmly received in Portugal, Italy, and other countries in Europe.

His follow-up albums continued to increase his popularity, and saw him go on tour in Mexico and Latin America with none other than Elton John, Bruce Springsteen, and Billy Joel in 1998!! He won an American Music Award in the Favorite Latin Artist category in the same year.

Iglesias wasn't going to stop there, though – soon enough, he crossed over into the English-speaking market too, with “Escape,” in 2001 seeing record sales in the UK and the US, the singles “Hero,” “Escape,” and “Don’t Turn Off The Lights” all gaining plenty radio airtime in the United States. Flying on the success of the album and its singles, Iglesias went on a world-wide tour, generating a massive fanbase as he went.

Declared “King Of Latin Pop,” by Billboard, Iglesias is now one of the best-selling crossover artists in the world. Don't miss your chance to see the phenomenal artist live – book your tickets to see Enrique Iglesias TODAY!!!