MASSIVE NEWS – One of the most revered roots and heartland rock musicians ever to walk the planet is on tour! That’s right, it’s none other than Bob Seger and The Silver Bullet Band, coming to rock the Palace of Auburn Hills on the 23rd September 2017! After 60 years on the road, Bob Seger’s still got a spring in his step and a guitar in his hand, and backed by the amazing Silver Bullet Band, he’s going to give you the performance of a lifetime!! What are you waiting for?? These tickets won’t last long – book early to be sure of your place! 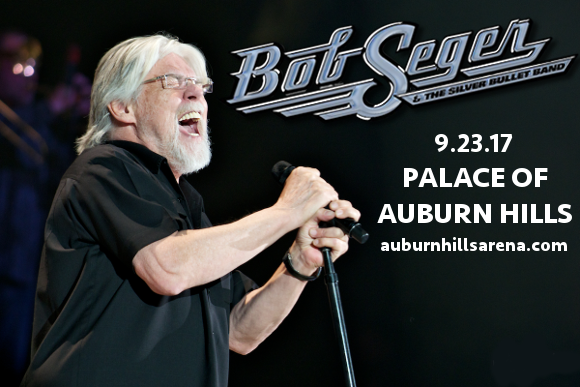 Growing up listening to Little Richard and Elvis Presley, Bob Seger was an inspired musician from an early age. Finding success in Detroit with his early bands, he later went on to achieve huge success in all of the US both writing for others and himself, with several massive singles including “Turn The Page,” “We’ve Got Tonight,” “Shame On The Moon,” “Like A Rock,” “Ramblin’ Gamblin’ Man,” and “Shakedown,” (written specifically for Beverly Hills Cop II).

Don’t miss your chance to see this legend live – book your tickets to see Bob Seger and The Silver Bullet Band TODAY!!